We, the Libertarian party of Palm Beach County, want to promote dialog and free thinking and may or may not agree with the contents of our posted commentaries. We want the commentaries to be a smorgasbord for your mind.
This opinion was originally published 12/26/2019 on the American Thinker website. You can read the original post on the American Thinker website or read it in its entirety below:

Deplorables Versus the Ruling Class: A Global Struggle

By Chet Richards
Consider the age of monarchs.  Squabbling barons select a supreme ruler – a king or an emperor -- to suppress the squabbling.  Peace and prosperity return to the land.  The king makes policy but he can’t do everything.  His minions take care of the details.

Change the names and we are at the end of a similar cycle – a cycle that began with the guillotine.  This time it is a world-wide cycle.  The modern king is a modern tyrant – Stalin, Hitler, Mao were the worst.

The socialist idea had been kicking around since the 18th century.  This seemingly plausible notion shaped the various Marxist evils of the 20th century.  The Soviet Union, Mao’s China, Nazism, Fascism, and today’s imperious European Union, are all socialist tyrannies of one degree or another.

Bureaucratic agencies become ideal tools for tyrants.  A tyrant can point his agencies in a particular direction and unleash them.  They immediately glory in their new power.  Horrors ensue.  Nazi Germany gave us the Holocaust and war.  Stalin used betrayal.  Friends betrayed friends.  Children spied on parents.  During the Soviet show trials of the 1930’s Stalin’s innocent victims were forced to falsely confess in order to save the lives of their families.  Fear reigns.
Sound familiar?  How about the FBI inducing General Flynn to plead guilty in order to protect his son?  Mao injected dark comedy by unleashing hordes of children to humiliate their elders.  No one was safe.  Fear reigns.  Sound familiar?  Antifa anyone?  Black Lives Matter anyone?  Greta anyone?  Mao lives!

The United States has become an undemocratic administrative state as well, but only by happenstance.  In this country Congress has ceded much of its power to unchecked regulatory agencies, allowing them to write their own laws -- regulations which enable them to prosecute, and persecute, anyone who might stand in an agency’s way.  The agencies are powers unto themselves -- judge, jury, and arresting police altogether.  Innocents are often victims.

It isn’t just the regulatory, or administrative, state that is the problem.  There is a growing sense that something is terribly wrong throughout society – throughout progressive liberal society, that is.  How about needles in the street?  How about sanctuary cities, counties and states?  How about the ruins of Detroit?  How about the weekly slaughter in Chicago?  How about suppression of free speech in academia?  How about the corrupt liberal media?  How about big tech bias and censorship?  It seems that our governments, and our intellectual establishments both, no longer serve the average citizen.  They serve only a leftist political ideology, and themselves.

Worst of all, the political ideology that the establishment promotes is antithetical to the native ideology of America.  America was founded as a society with spiritual values.  True America is a society where the family is paramount.  It is a society where a person is rewarded in proportion to his contribution.  It is a society devoted to the individual where the individual is inherently free because his rights derive from the Creator not from the government.  The purpose of government, according to the American ideology, is to serve the individual, not to be his master.  The collection of individuals is to be the master of the government.  This is classical liberalism – now a conservative ideal.  It is the opposite of “progressive liberalism.”

Political turmoil is the consequence.  The barons are squabbling.  The Left openly advocates overthrowing the Constitution.  The Right counters with Donald Trump.  The Left politically assassinates him with impeachment.  The Right, with centrist allies, will reelect him anyway.  The Mandate of Heaven has been removed from the elitist establishment.  It is passing to the Deplorables. 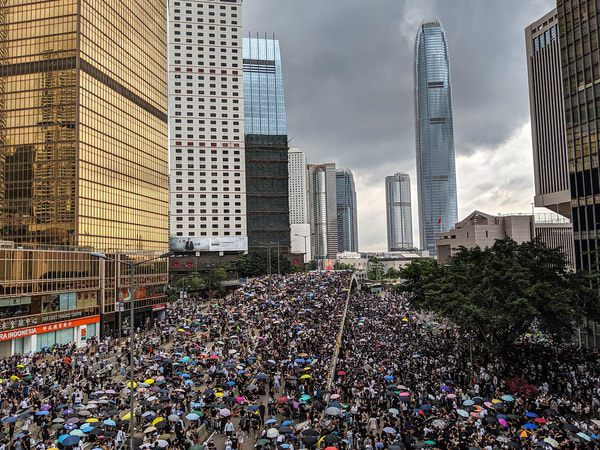 Hong Kong Deplorables protest extradition bill (credit: Studio Incendo)
What is it with the Deplorables?  What gives them such power?  Three things, I believe, are elevating them.  Deplorables are pragmatic.  They are not wedded to any extreme ideology.  Deplorables will go with anything that works.  It is no wonder that the Deplorables began in America.  For, as Americans we inherit the pragmatism of our pioneering ancestors.

Second, the Deplorables adhere to the original American ideology of free individuals.  They reject the concentration of government power that has accumulated over the past century.

The third energizer is a technological miracle – the internet.  Establishments everywhere fear the internet.  And properly so.  For the first time we can instantly communicate across the world.  We can find like-minded people everywhere.  We have discovered just how very many people agree with us.

Born in the still free parts of America, this new movement seems destined to chart the course for the whole world -- for this century and beyond.

The Mandate of Heaven no longer rests with the condescending progressive bureaucratic establishment.  It is passing back to the people.  It is passing to Deplorables everywhere in the world. 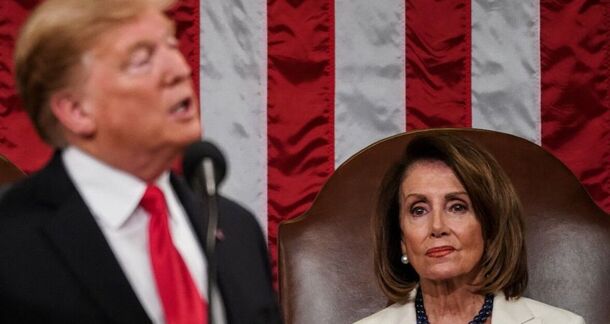